VOO-DOO
Hoochie-Coochie and the Creative Spirit 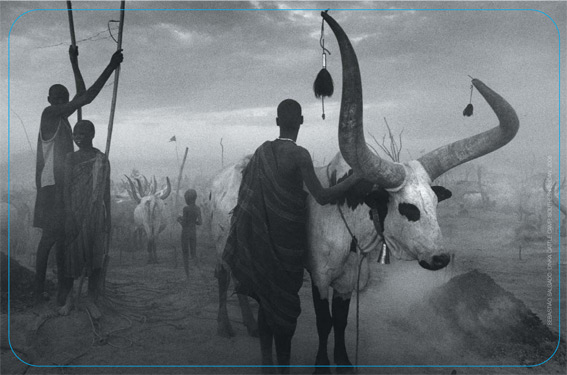 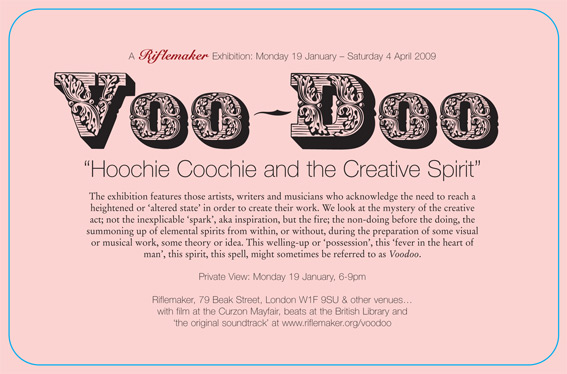 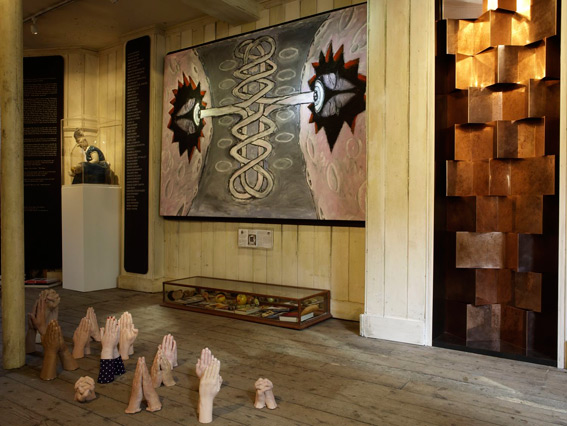 'Hoochie Coochie and the creative Spirit'
from Monday 19 January, 2009 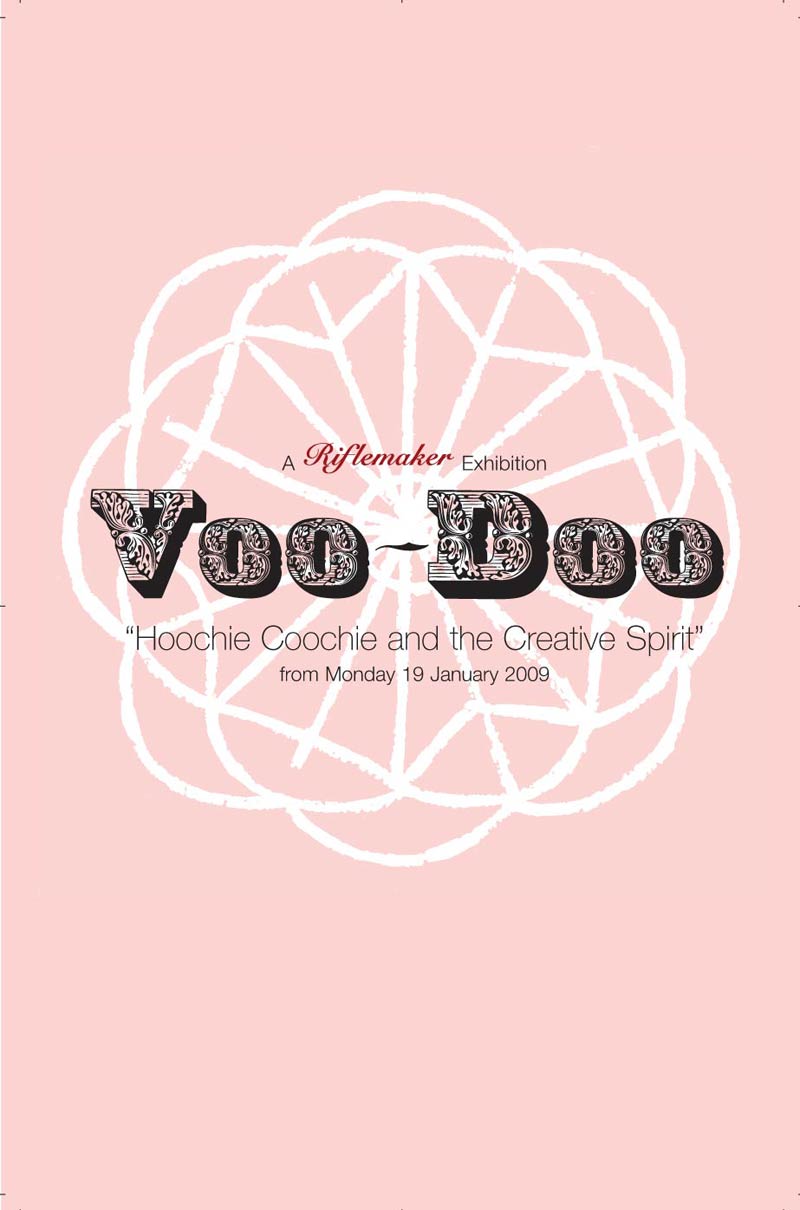 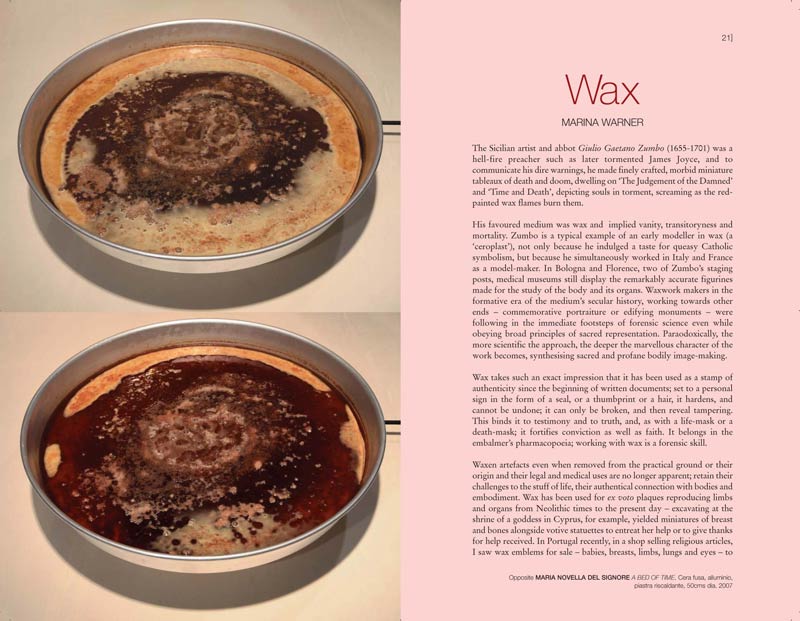 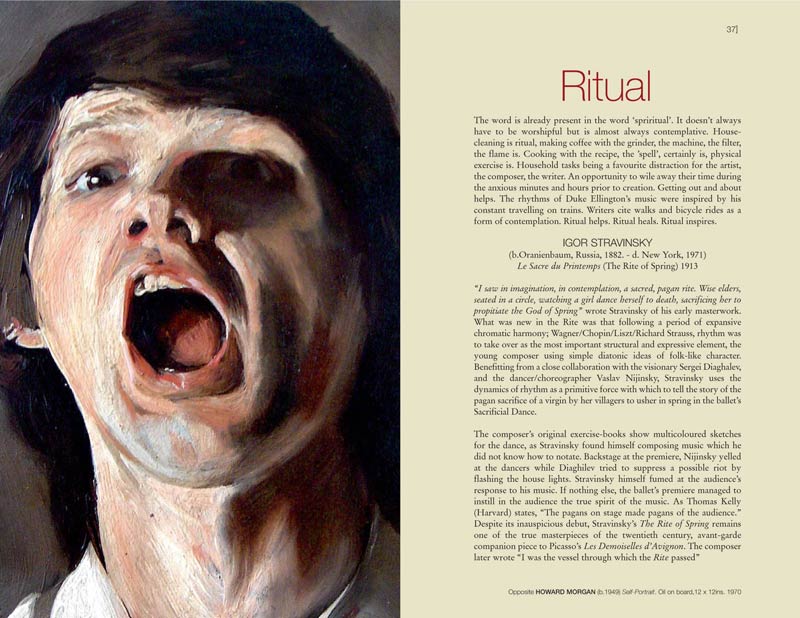 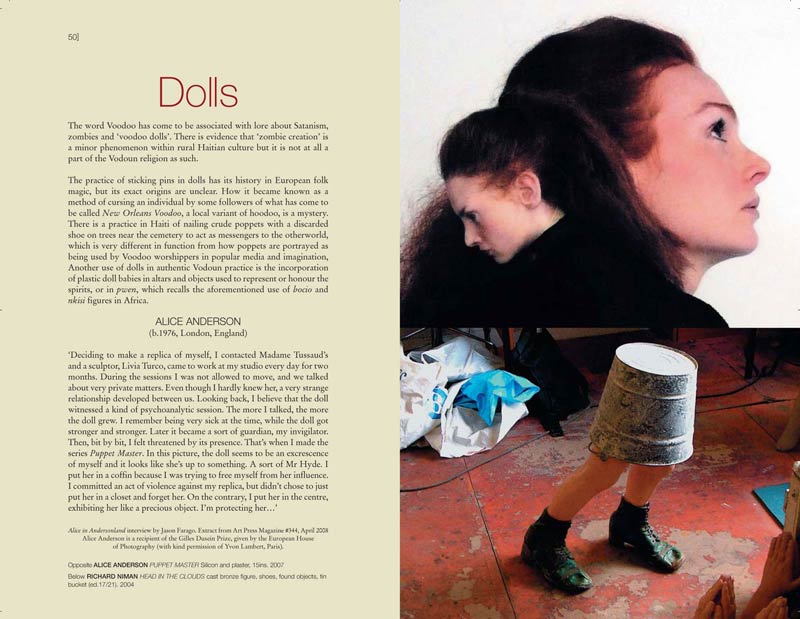 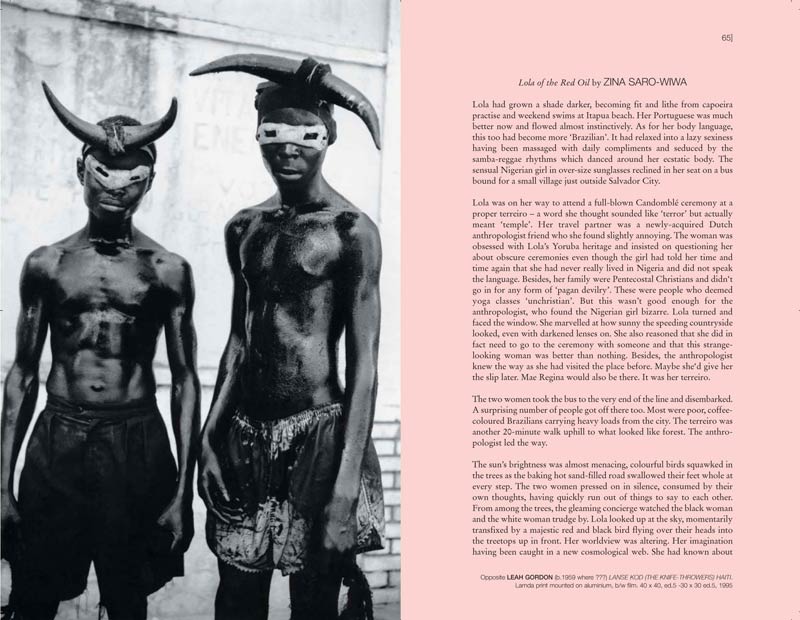 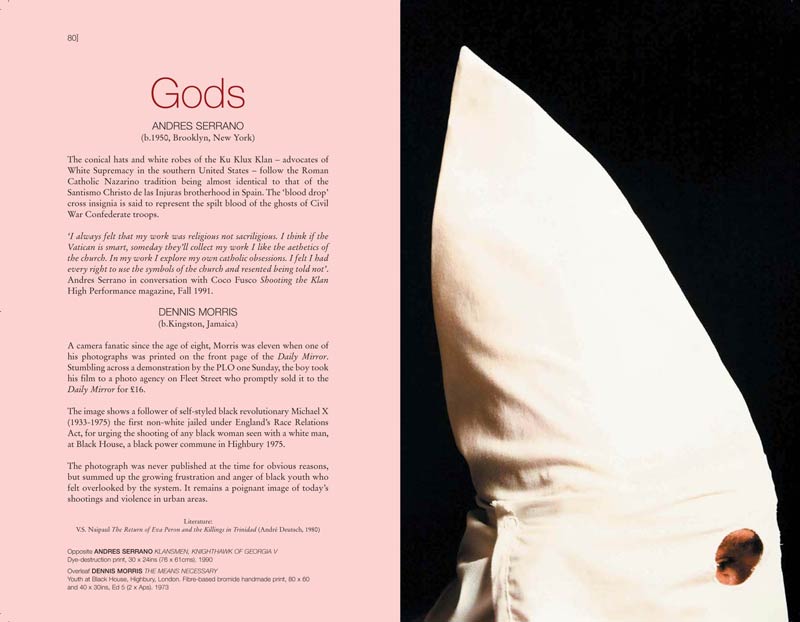 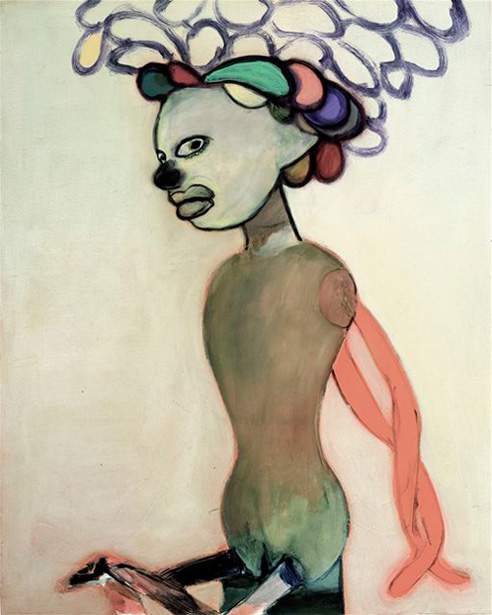 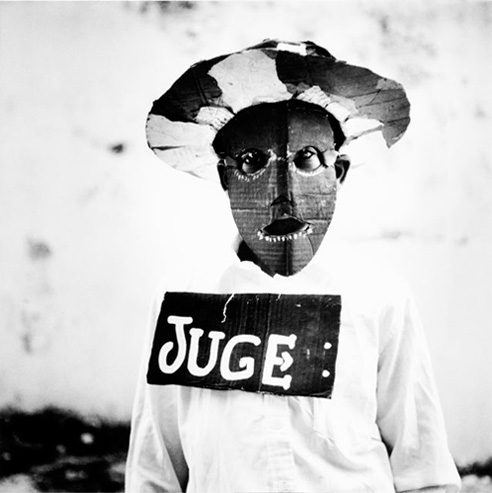 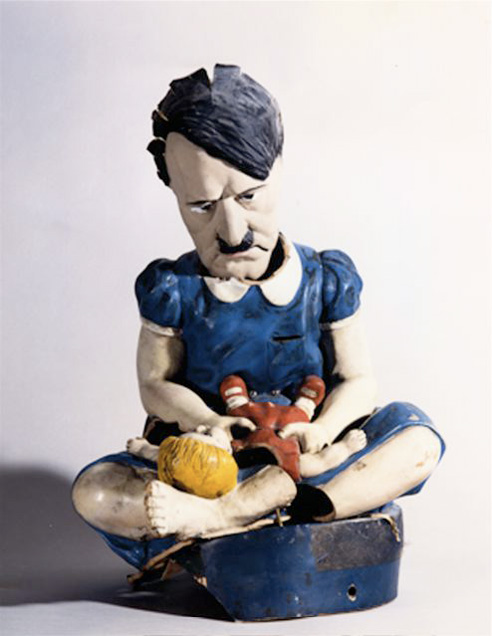 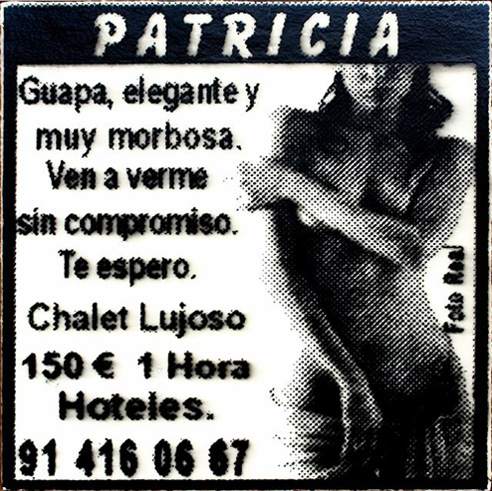 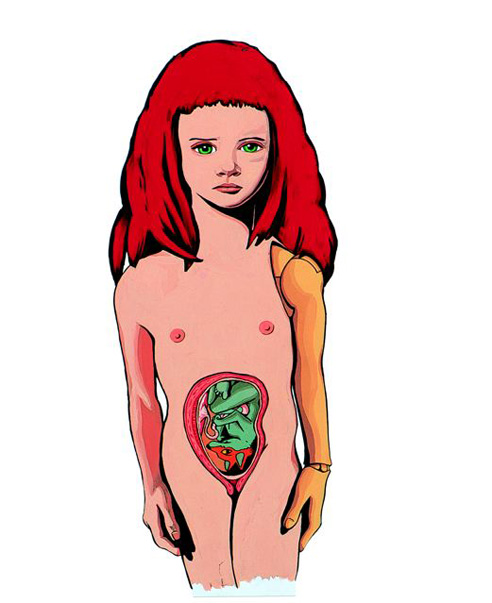 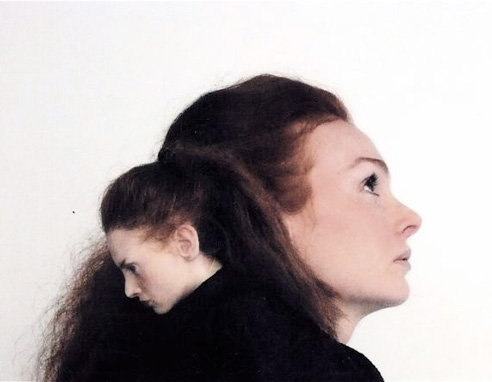 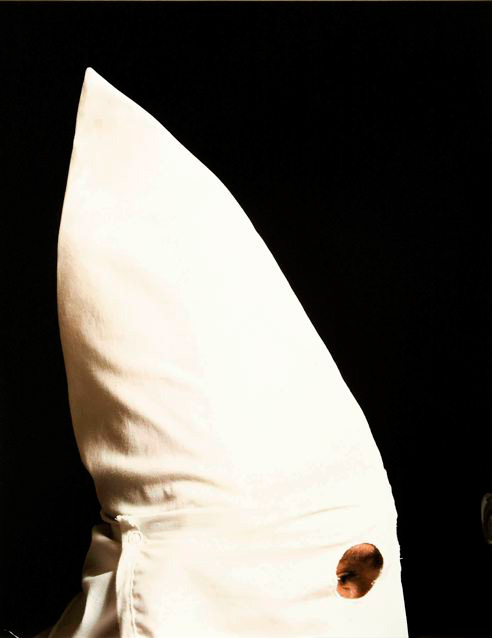 VOODOO
'Hoochie Coochie and the creative Spirit'
from Monday 19 January, 2009

"When I wak'd, I cried to dream again"
'The Tempest', by Wililiam Shakespeare, Caliban's speech. First performance before the court of King James, Whitehall Palace, the feast of Hallowmas, November 1, 1611

"I put a spell on you ... because you're mine"
Screamin' Jay Hawkins. First performance, DJ Alan Freed's Halloween show, 1955

Which artist said "I often employ elements of . . . Voodoo to make my work" ? Who declared, "I really need to whip myself up into a kind of Hoodoo state to summon up the spirits" ?

The exhibition features the work of those artists, writers and musicians who acknowledge the need to reach a heightened or 'altered state' in order to create their work. We are concerned with the mystery of the creative act. Not the inexplicable 'spark', aka inspiration, but the fire; the non-doing before the doing, the summoning up of elemental spirits from within, or without, during the preparation of some visual or musical work, some theory or idea. This welling-up or 'possession', this 'fever in the heart of man', this spirit, this spell, might sometimes be referred to as Voodoo.

When slaves from West Africa, Ghana, Nigeria, the Ivory Coast and the Gambia were taken by Europeans to the West Indies, many were destined for Haiti (Hispaniola). As they mingled on the tiny island, no groups' influence was greater than that of the Yoruba and Fon people who ruled the huge kingdom of Dahomey which sprawled across most of the countries today known as Benin, Togo and Nigeria. The majority of the Haitian slaves were taken from Dahomey.

The core function of Vodoun - the Fon-Ewe word for spirit - is to attempt to explain the forces of the universe, influence those forces, and thereby influence human behaviour. Permitted by Haiti's 1987 constitution, books and films published in that country have sensationalized the practice as black magic based on animal and human sacrifices. Today in West Africa, the religion is estimated to be practised by over 30 million people. Vodoun became the official religion of Benin in 1996.

We look at the rituals of Haiti, its high priests referenced by Jean-Michel Basquiat and Mati Klarwein, the Santaria of Cuba and Puerto Rico, its Catholic icons depicted in the religious/sacrilegious art of Andres Serrano and Kendall Geers along with the Magus-like hybrids of Ansel Krut and Benrik. We witness David Lewiston's Ketjak rites and the tower-block visions of Sister Marie Gabriel. Wax effigies emanate from Alice Anderson and José Maria Cano. There are semen-glued collages by Dash Snow, 'dolls' by Adrian di Duca, Richard Niman, Simon Henwood and Chosil Kil, wasp people by Christopher Bucklow, iguana women by Graciela Iturbide.

From the alcoholic stupors which fuelled Francis Bacon and F. Scott Fitzgerald to the 'art of natural forces' of Sigmar Polke, Maria Novella Del Signore, Miquel Barcelo and Annabelle Moreau, we consider the tidal art of Michael Johnson and the 'self-obliteration' of Yayoi Kusama. The psychic automatism of André Masson, André Breton and Hans Hartung and the Freudian relapse of Max Ernst and Paul Delvaux. Rachmaninov's chromatic hysteria, Max Reger's spiralling fugues and the supposed 'atonal' otherness of Stockhausen and Scriabin.

From Messiaen's profound 'Transfiguration' to Muddy Waters' equally profound 'Hoochie Coochie Man', the exhibition is a consideration of the act of creation as ritual and as sacrament, possession and loss of self in the process of invention. Sacred cows are photographed by Sebastião Salgado, Leah Gordon and Dennis Morris, rites celebrated by Igor Stravinsky and Darius Milhaud. From Moon River to Moondog what good, or bad, may come when we walk on gilded splinters? Out of our minds - and bodies. Literally 'possessed', "like a leaf that's caught in the tide" ?

"Every Loa has his own drumbeat, his costume, his manner of behaviour, his own domain of spiritual revelation" Professor Joseph Campbell.

The creative act does not always deliver us unto the Garden of Eden, or even the secret garden. When the muse misleads it sometimes takes us to the dark side, where we may enter a world of the unseen, the unspoken and therefore the un-exhibited. This 'other' art, sometimes visually or morally questionable, still has to be dealt with. It is not only the act of the black sheep or the bad seed, not merely a nightmarish, internalised surreality, but often naked reality itself. An art created or synthesised, by the normal, rational mind, but a mind temporarily dislodged, an imagination psychologically or chemically derailed or altered - a body literally 'possessed'.

Among the Africans transported to the New World there would have been a number of houngans, or 'spirit-masters', who would have continued with Vodou's esoteric doctrine. The role of the mystere named Legba corresponds to that of Hermés in the Hellenistic mysteries. The rituals of the Voodoo religion are based on a possession or 'mounting' of the physical self by the Loa, an elemental spirit or divinity. The act is instigated and presided over by a Houngan or minister, in order that the soul may achieve the status of a God. In terms of the creative work, what is then delivered may be either some kind of 'un-art' or else an absolute, authentic true art. A kind of 'seeing' or vision which would not be possible within a logical, rational state of mind. Through some meditation or thought, self-hypnosis or through artificial means, drugs or alcohol, the original personality may be (temporarily) banished as the new spirit takes over. This is when the original self feels 'vibed up', tuned in or tuned up, taken over by a new inner mounting flame. The artist able to arrive at a place he or she might not be able to reach otherwise. If life is really about thesis, antithesis and synthesis, what happens when the thesis is derailed ? The equivalent of 'blind faith' to the committed Christian, a 'bullseye' for the knife-thrower or a 'lucky streak' for the addicted gambler.

So what does it mean exactly, to have the voodoo ? The 'hoochie-coochie' ? The 'rock' and the 'roll' ? To get your mojo working ? Stoking the fire in preparing the ground ? Where does it come from, the fire within ? And where does it rest ? Many questions, and a consideration of the way in which the artist, the composer, the author, the architect, the athlete, the actor, lets the spirits take over in order to 'let it come'.

Without literally sticking pins in dolls (though there may be some of that too), we investigate the forces of the spirit involved in the sometimes devilish, but nonetheless sacrosanct, act of creation.

The 'spark' and the 'fire'. Just two of several explanations employed by artists to try to describe the inexplicable act or birth of creation itself, if they have attempted to describe it at all, for it is the longheld view among most that this 'spell' should never be explained or tampered with, dwelt upon, considered, or even spoken of, lest that speaking might lead to a bout of non-creation, bad luck or dry 'spell', particularly if the creator is within that most eminent group referred to by others as 'genius', i.e. possibly untrained and therefore overly superstitious regarding his own magical ability. He who may be the grateful owner of what 'standard' men and women might conveniently refer to as Voodoo.

"My art originates from hallucinations only I can see. I translate the hallucinations and obsessional images that plague me into sculptures and paintings. I think only of myself when I make my artwork." Yayoi Kusama*

"Other people write fugues, I live in them..." Max Reger

"The act of putting brush to canvas is an act of lyrical intuition, and in that act, in that instant, the personality and indeed the spirituality of the artist is revealed." Francis Bacon, quoted in Herbert Read 'Art Now' (1933)

"The artist is the creator of beautiful things. To reveal art and conceal the artist is art's aim" Oscar Wilde, 'A Picture of Dorian Gray', (1891)

"If the Vatican is smart, someday they'll collect my work." Andres Serrano**

A film season at the Curzon Mayfair will accompany this exhibition.
Go to www.curzoncinemas.com

A book is published to coincide with the exhibition including texts by Marina Warner and Zina Saro-Wiwa.

Voodoo, the original soundtrack is available online at www.riflemaker.org