The debut solo exhibition by Adam de Boer will open at Riflemaker on Thursday 4 April 2013. De Boer, b. Riverside, California 1984, draws on his Indonesian heritage and paints using gouache and oil incorporating elements of Javanese Folk Art, wood carving and textiles into his work. De Boer was the recipient of the Arts For India scholarship in 2012 and will exhibit work at ART 13 in London from Thursday 28 Feb until Sunday 3 March. 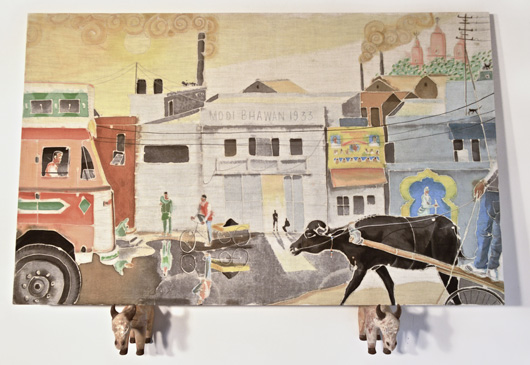 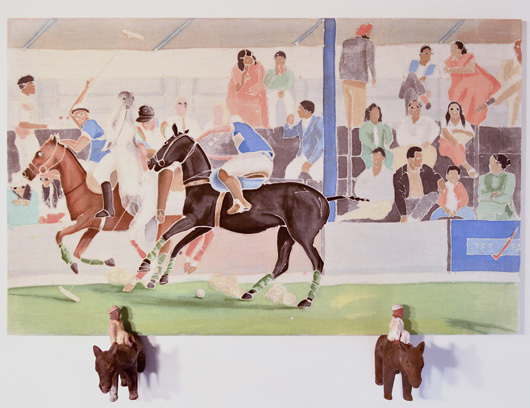 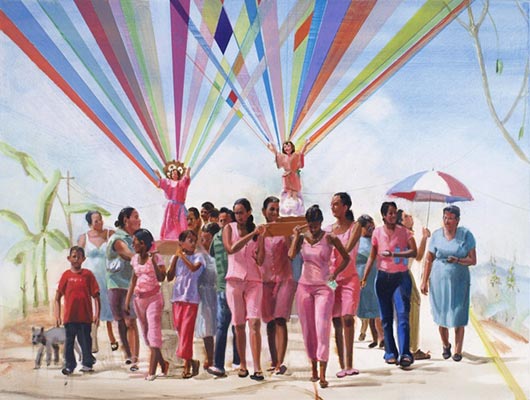 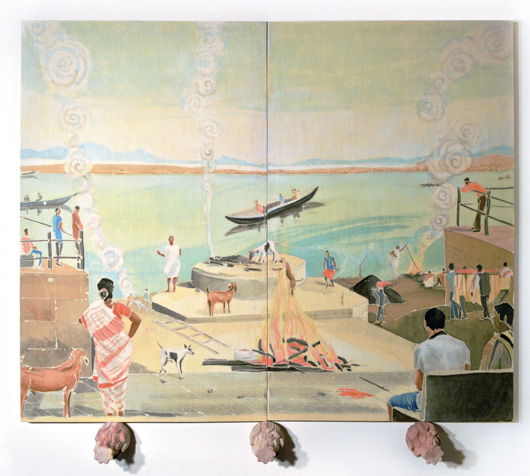 Dusk at Harishchandra Ghat (2013)
wax-resist acrylic dye and oil on linen, terracotta
142 x 80 x 15 cm
Adam de Boer (b. Riverside, California 1984) graduated from the College of Creative Studies at the University of California, Santa Barbara in 2006. He has received awards from the DC Commission on the Arts and Humanities, the Cultural Development Corporation, the Santa Barbara Arts Fund, and in 2011 he won the prestigious Arts for India Scholarship to support his post-graduate studies at Londons Chelsea College of Art and Design. In 2012 he participated in a studio residency at the International Institute of Fine Arts in Modinagar, India. He paints using gouache and oil and incorporates elements of Javanese folk art, wood carving and textiles into his work. 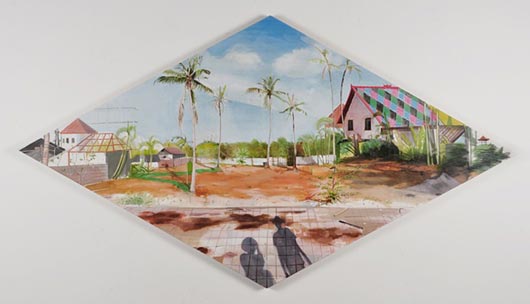 "In July 2011, I travelled to my fathers birthplace in Purwokerto, Central Java to investigate my Eurasian heritage. I searched for the locations and landscapes that appear in an old family photo album. I met distant family friends, observed and participated in their lifestyles, and heard their versions of my grandparents departure to raise their children and continue their lives following a forced immigration as the country gained independence from Dutch colonial rule. Along the way, I became increasingly fascinated by Javanese furniture and folk art and made a point to spend time with and learn the processes of traditional wood carvers and textile designers. I travelled with cameras, sketchbooks, and watercolors to document the sojourn, and returned to the studio to distill and deconstruct my findings. The ongoing series of work examines my Eurasian heritage as a way to help me better understand a part of my cultural identity that I have had trouble connecting to throughout my life. Most importantly, it is helping me to know how that identity influences my participation in the world" Adam de Boer 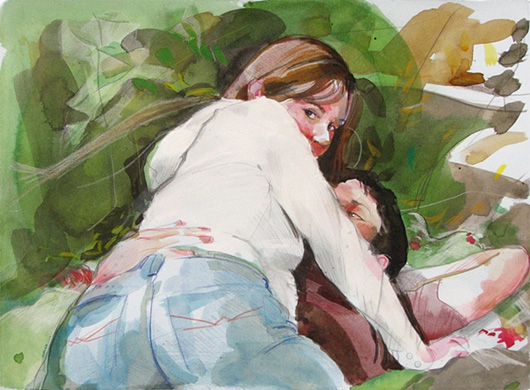