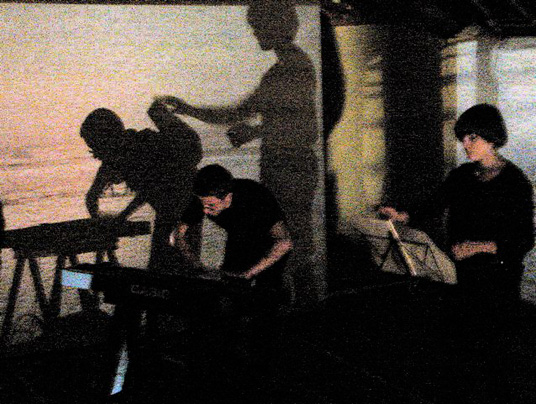 Treating the city as her playground, Niculescu weaves through tunnels and pathways, tackles gates and barriers, intervenes in the routine and the mundane; using 16mm and slide-projection to document her interference with the citys currents. She makes spontaneous interventions which would remain overlooked, were it not for the presence of the camera.

In Guest (HD video 2008) the artist enters the frame and begins to climb the obstacles in front of her. She is prevented from a successful ascent by her own editing which refuses to allow what the viewer would assume to be the successful conclusion of the task.

In a series of improvised shadow-plays, Niculescu collaborates with musicians. As the music makers play, Niculescu cuts up a score into sections which she passes onto the players who then perform whatever they are given.

Black and white silkscreen posters mark each performance and subsequent film reinforcing the idea of a missed encounter, artefacts of the event they promote. More than documentation, these posters condense the work into a single frame and reduce its conceptual concerns to the level of a sign or badge.

The improvised gags of silent movies, the conjuror's nonchalant spells, Niculescu apes the performance while adapting the method. The importance lies not in the defeat of walls and fences, the act of striking match after match, but in the humour of this interaction with apparently meaningless events. In her fascination with the urban environment she appears to physically grapple with the elements. Her layering of film on film, box within box, loop after loop, alludes to a structure that holds steady against her involvement.

Catalina Niculescu was born in 1978 in Bucharest, Romania, and studied at the Academy of Art & Design in Offenbach, Germany and at the Slade, London. This is her debut solo exhibition. 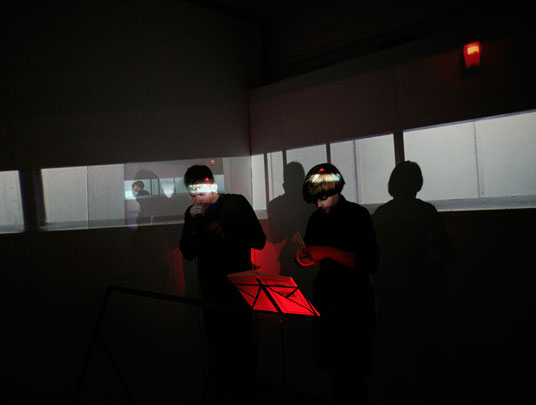