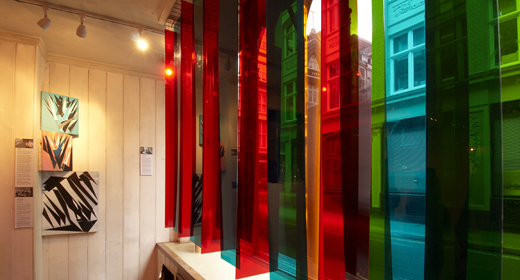 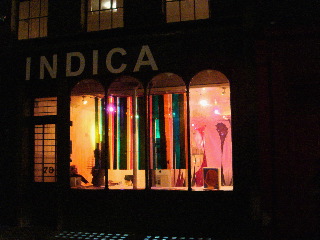 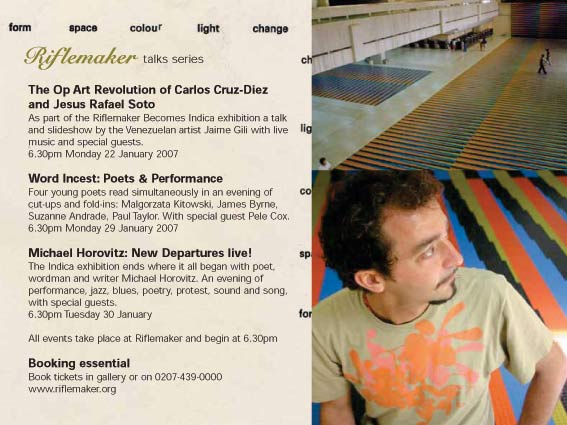 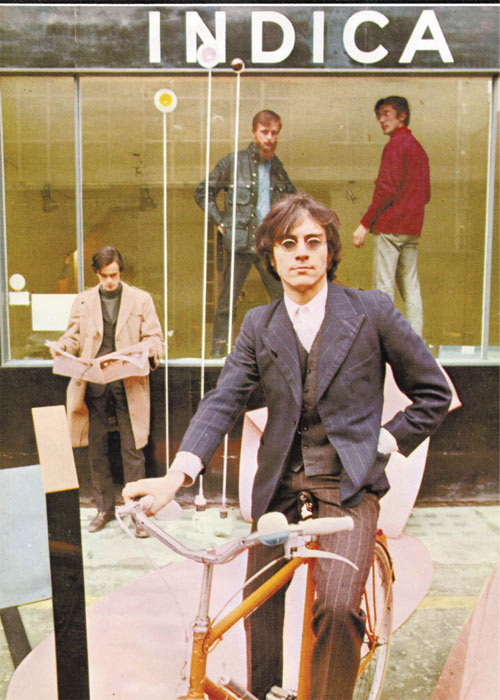 We live in a world of harsh commercial reality. Nowhere is this more apparent than the contemporary art scene. In London, with three new galleries opening each week and two closing, competition is tough. At the same time, museums and public spaces often give the impression of competing for patrons and sponsorship; sometimes it seems that all our leading lights do is try to stay ahead of the rest and fundraise.

Acknowledged as the first 'experimental' art space in London, John Dunbar's Indica gallery, in existence from November '65 - November '67, was born into a far less cynical time. Open for barely two full years, Indica (from 'Indications' - somewhere to go) set the controls for the heart of contemporary art in Britain. During its short life, Indica encouraged collaboration and 'fluidity' rather than competiton. With groundbreaking shows by Takis, Mark Boyle, Julio Le Parc, Liliane Lijn, Jesus Rafael Soto, Carlos Cruz-Diez and Yoko Ono, Indica was very much 'of the moment'. With Dunbar programming the art and co-founder Barry Miles ('Miles') taking care of the bookshop, Indica was an experiment. An experiment in terms of art itself and, importantly, in how it could be presented and interpreted. All of the gallery's artists were new, untried and untested. And as for the gallery-goers - some got it, some no doubt missed it, but all remember it. Indica was the beginning of it all. A teenage Marc Bolan ran errands, Paul McCartney helped knock in nails. Polanski and Antonioni, Burroughs and Ginsberg hung out. International Times got started in the basement. John met Yoko there.

But what if you took that moment and transplanted it into the complex pick'n'mix world of London now? What would it be like to revisit an exhibition space from another era? One gallery becomes another. A shining light of sixties free expression is transported to a much harsher, more business-orientated art environment. Then, take a select group of emerging young artists from now and ask each of them to make a new piece of work, but for Indica then, at the height of 'freeflow', that optimistic, sparking, pre-hippy time - November '66.

Your chance to find out. From November 2006, Riflemaker becomes Indica; lock, stock and barrel. Indica descends Tardis-like on 79 Beak Street, forty years after it disappeared into thin air. You'll be able to walk through the exhibits; see, feel and hear how it was then. An antidote to a more cynical world.

It's not the whole story, for the whole story, like many truly 'good' stories is, in part probably too unravelled and tragic to be told, at least not quite yet anyway. So this is a version. The story of a divine name, divine ambition, the blessed partners who made it happen, and of course the magical time in which it lived.

With Jay Jopling's bright new super cube just opened in Mason's Yard, Mayfair - the site of the original Indica - Indica re-appears in Soho, exhibiting one piece of work by each of the artists shown in the original gallery, alongside a selection of responses by London's most adventurous and imaginative young art stars.

Riflemaker becomes Indica. Temporarily. A chance to relive, revise and read up almost forty years to the day. The story begins 20 November 2006. Don't miss it this time.

This exhibition is curated by Tot Taylor & Virginia Damtsa

Riflemaker becomes Indica is supported by Sotheby's Institute for the Arts
We are grateful for the help of our other unnamed individual and group sponsors
Special thanks to: Julian Balme, Kristina Lindell, Atelier Cruz-Diez & Tate Archive 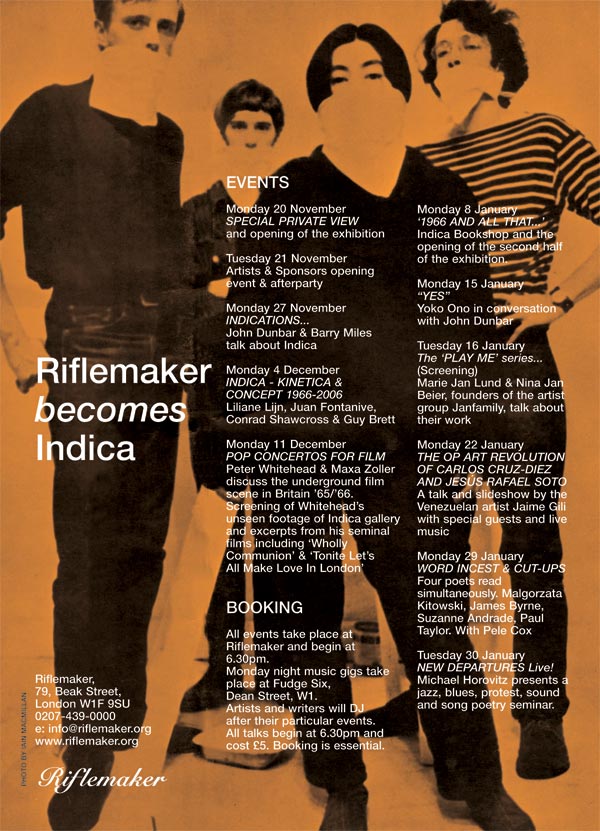 Photographed by the great Piera Bruzzo